All Reality is Virtual!

How confusing is that? How can something be real and virtual at the same time?

But that’s not crazy anymore because technological advancements have taken us a long way. Various innovations and technologies have been discovered that links the real to the virtual world. Speaking of emerging technologies, there are several types like Augmented Reality (AR), Virtual Reality (VR), Mixed Reality (MR), and eXtended Reality (XR) out of which the most commonly used are Augmented and Virtual Reality. While all these innovations have come from different places and designed to do different things, yet they use some or the other similar technologies like 3D objects and Artificial Intelligence (AI) which makes them inter-related.

The most common example of AR is a recent game that hyped up quite a bit – Pokemon Go.

With people installing the game all over and trying to catch those unreal Pokemons on their mobile screens, AR has opened doors to innumerable possibilities. Improving communications, ways of entertainment and other potential ways of solving real-life problems, AR is changing the way we see the world around us.

But before we discuss all the possibilities, let us first understand what AR really is.

What is Augmented Reality?

Augmented Reality is a mix of real life i.e. live, direct or indirect view of the real world whose elements are usually overwritten partially or completely with artificial surroundings or objects. In simple words, Augmented Reality overlaps the existing real time images or videos of the environment with the artificial information in terms of objects on top of it.

History of AR (the Past)

Dating back in 1950s, AR was first introduced by Morton Heilig, a cinematographer. He invented the Sensorama Simulator that played a 3D film with stereo sound, aromas and wind to augment a simple movie presentation. This led the way towards the present day’s virtual reality experiences. 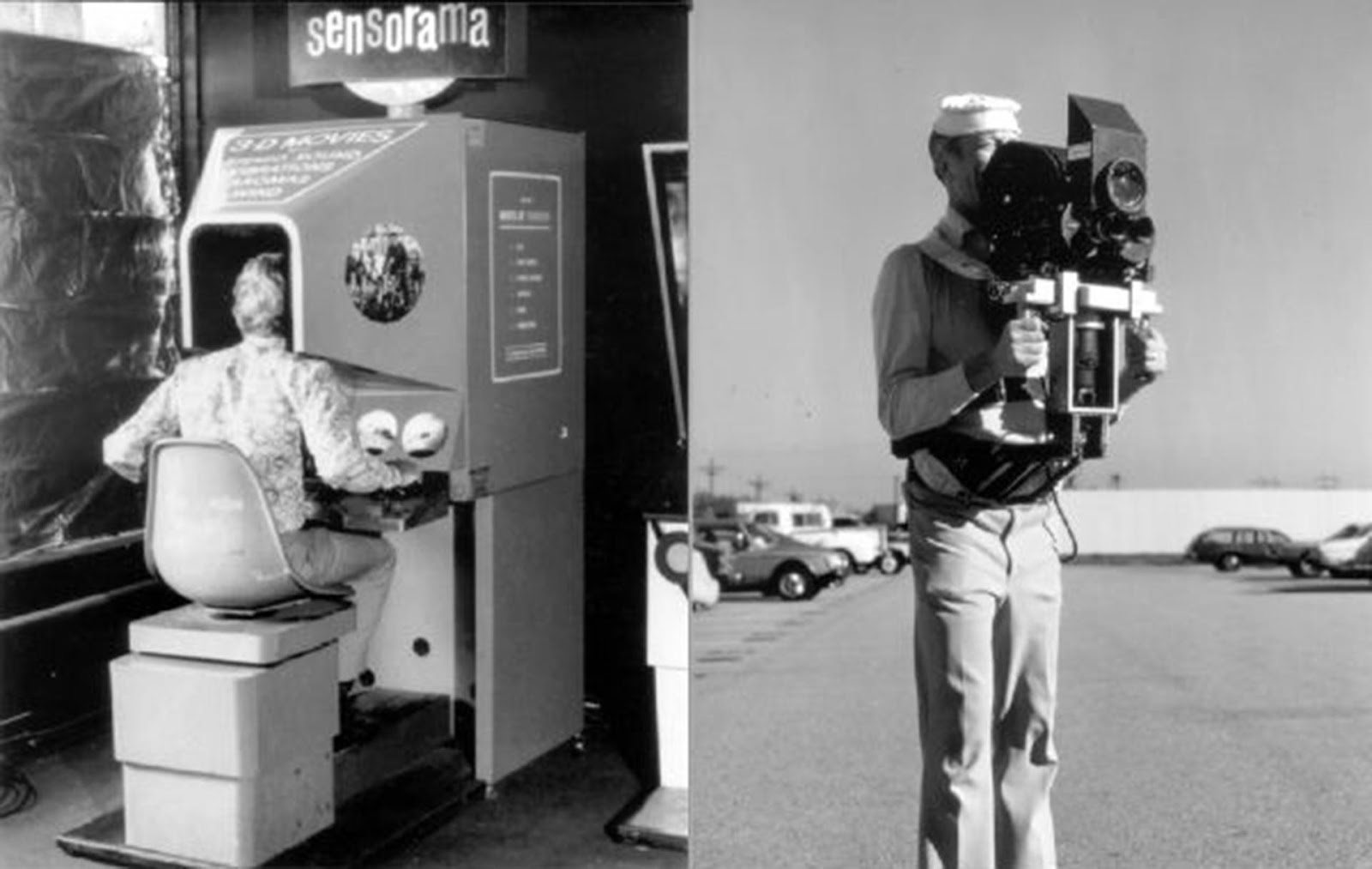 Soon after that, a series of inventions took place. In 1968, an American Scientist named Ivan Sutherland invented a head mounted wearable display to peep into the virtual world while Steve Mann, a photography researcher introduced wearable computing in 1980s. A number of such notable inventions in the past have led to some of the famous innovations that changed the way AR functions today. These inventions are:

Alongside automation, robotics and AI, AR has come a long way over the years and has created its mark the way we live and work. AR and VR are being adopted largely in all sorts of sectors be it entertainment, real estate, education and many more. Through a variety of technological innovations, Augmented Reality is being implemented in numerous sectors.

The gaming ecosystem is rapidly evolving to grasp the attention and widen the imagination of the gamers. Augmented Reality powered games have enabled the user to enjoy real life like experiences. It not only enables them to improve their real life abilities but also ensures that they polish their skills through AR in a safe environment. AR is not just used for gaming but is widely adopted by flight schools for flight training and driving schools as well.

The use of AR technology has opened doors to Skills Training as well. Many medical schools across the world rely on AR to train their students on some of the complex surgeries. Doing so not only helps them practice the surgeries but also ensures that it doesn’t injure or hurt any patient in real life. 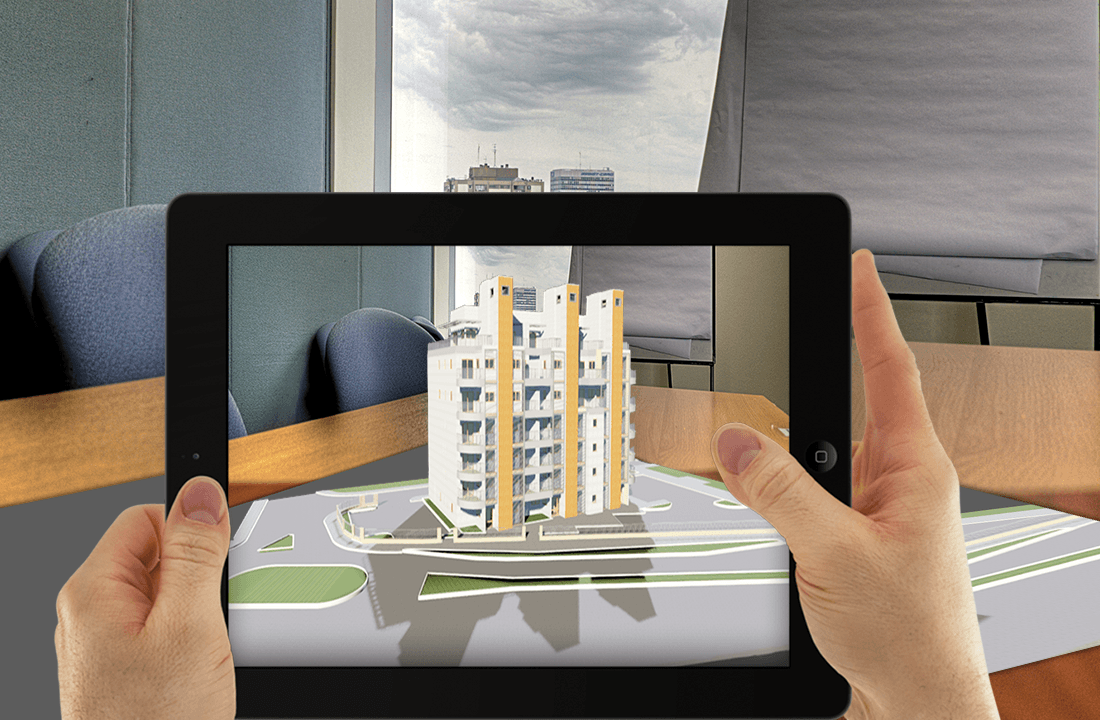 Since all the industries across the globe are utilizing the use of AR technology, Real Estate is no longer an exception. Many Real Estate brands have already adopted the AR application to showcase their projects in terms of 3D models or virtual walk-through to offer a look around in the property to clients without having them to leave their comfort zone i.e. their work place or home.

Apart from these, a large number of industries that have widely adopted AR as a means to increase their business, improve user experience and deliver a better and smarter way of looking at things.

In a nutshell, through increased engagement and rich user experience, AR has surely increased the value of brands and organizations. It has made reality more meaningful by enabling the user to interact with it.

With more and more companies adopting AR to improvise their deliverables, AR has come a long way in both consumer as well as business markets. Technological advancements and innovations have become powerful over the years and are able to create better quality visuals. AR will see major advancements in the near future.

Various AR Apps are available for different sectors like:

- Travel & Tourism and many more 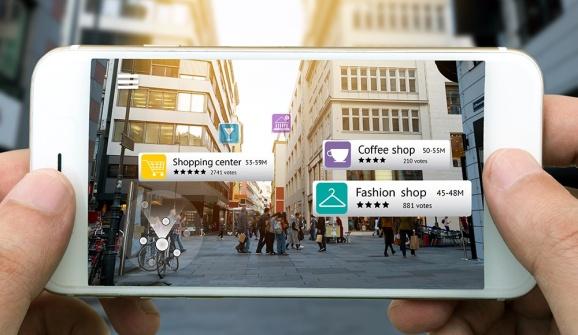 A Glimpse into the Future of AR

People nowadays depend on smartphones for all sorts of online activity like mailing or even surfing online. AR-enabled mobile web pages would ensure more business reach through distribution and content marketing without forcing the user to download an app.

The widely used Snapchat and Instagram filters i.e. bunny ears, cat whiskers on selfies are a common example of an AR app enhanced with AI. These have gained popularity over a few months of its release. Google’s machine learning microscope was also released which helps pathologists detect cancerous tumor growth while looking at samples through the viewfinder. Apart from this, AR & VR will most likely adapt to voice control outputs from AI’s language processing thereby increasing immersion in the future. 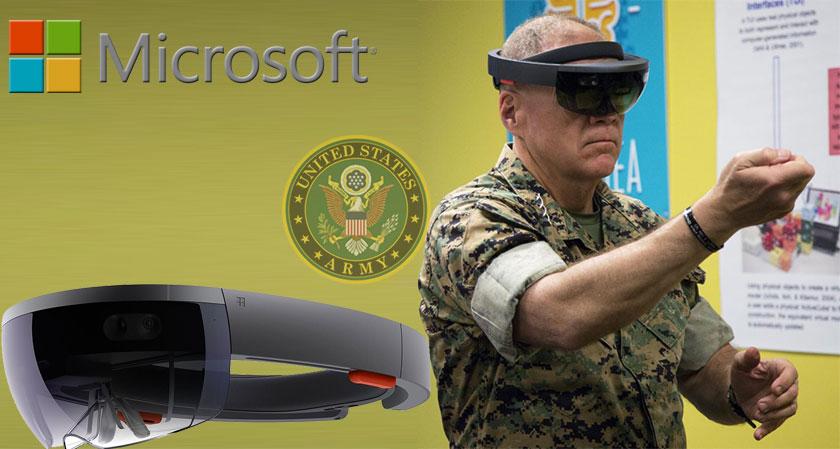 The education sector have started acknowledging the power of AR in skill development, learning and training. AR has offered students from various backgrounds like Architecture, Engineering, Construction, Pilot Training or Medical a reliable virtual background that aided their learning processes. Students have been able to learn multiple things with the help of AR without harming or injuring themselves or anyone, all this just by being in a safe environment.

Walmart recently announced having used 17000 headsets of Oculus Go to training their employees in customer service. US Army also partnered with Microsoft for the use of the HoloLens Technology for military training of the soldiers which offers real-time soldiers’ performance metrics and other data like heart rate and breathing rates as well.

VR adoption has been quite common ever since the headsets have hit the market in recent times. But in the coming years, AR and VR headsets will see some real action. Earlier these headsets demanded expensive computers to enjoy the actual ‘experience’ and didn’t offer much mobility. However, now, Vive and Oculus will soon come up with next-gen technology headsets that won’t demand high powered displays or cables to offer a more realistic and accurate approach to the virtual world. The new-generation tech will include features like eyeball tracking and increased field of view.

Apart from the widely used Google Maps Voice Navigation, automobile manufacturers have a wide range of upcoming AI tech to woo the customers. With the latest inclusions being Alexa, Siri and in-car AR; Audi, Toyota, Mercedes-Benz, Volvo and Tesla have all signed up to work with the AR & VR technology in the future. In-car AR not only ensures driver’s safety by helping him keep his eyes on the road but also ensures comfort and convenience.

One of the best examples is WayRay – an AR start-up backed by Alibaba that flashes the AR data directly on the car’s windshield offering navigation prompts, road identification and danger detection as well.

Augmented Reality have gone from a sci-fiction to reality in just over a century. While there are numerous upcoming applications of AR underway, the concept will spread globally once the UX designers have figured out a way of integrating AR into our day to day lives to improve efficiency, productivity and quality of experience.

Even though there’s a huge potential of AR, the only question that arises is how it can be achieved?